Cowboys quarterback Dak Prescott lately took some of his teammates with him to Miami to prepare for education camp. Tight finishes Sean McKeon and Dalton Schultz, rookie receiver Jalen Tolbert, new No. 1 receiver CeeDee Lamb and operating back Ezekiel Elliott joined him at the College of Miami for a handful of days.

“It was wonderful naturally just being ready to get away and do that,” Prescott told Mark Lane of WFAA through the quarterback’s youth football camp. “We did not get a opportunity to do it past year naturally with the (rehab for the ankle) injuries. But owning CeeDee, Schultz, Sean, received the rookie (Tolbert) out there for some reps, and Zeke certainly. It was wonderful to have that camaraderie. Then, again, go above to Miami, open up for us, allow us have the facility, and place in some terrific do the job, some great work that some of individuals men may well not have gotten in the back 50 percent of OTAs and stuff.”

Prescott stated it was 60 p.c football and 40 p.c bonding.

“I guess the reason is to go out there and get that in there, but the bonding comes about there,” Prescott stated. “Three days, and you get to know each individual other. So, whether or not it’s the dinners or it’s the hanging out, which is what it’s about. There’s two of the men that I really feel like I bought nearer to on this trip, and I don’t know if I’d have been able to without the need of it.” 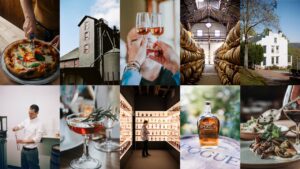